As editor of The Sunday Times for fourteen years, Sir Harold Evans proved to be the right man in the right place at the right time. In an investigative climate all too rare by today's standards, Evans had the freedom and resources to allow teams of journalists to work on long-term projects, including the exposure of Kim Philby as a Soviet spy. As Evans himself details in this stylish documentary, his longest and most hard fought campaign was for the victims of Thalidomide. Originally developed by the Germans in World War II to counter effect sarin gas, post-war the drug was blithely prescribed by British doctors as an antidote to morning sickness, leading to tens of thousands of children born with serious defects. The Sunday Times' fight to win compensation for their struggling families would take more than a decade, as Evans tenaciously pursued the drug companies through the English courts and beyond. Is Attacking the Devil: Harold Evans and the Last Nazi War Crime on Netflix? Watch Attacking the Devil: Harold Evans and the Last Nazi War Crime streaming online via the link(s) above. 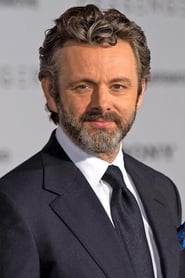