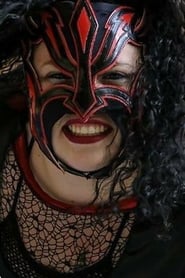 The Great" Sisaki is an international professional wrestler hailing from Japan. She grew bored with her surroundings and the Japanese lifestyle. After deciding that she needed a change, she traveled to America. While in the U.S. she found Boogies Wrestling Camp in Shawsville, Virginia. Sisaki started training and showed natural skills, more than any female competitor that had trained there. She made all Divas tremble, refusing to wrestle her. So she stepped in the ring, toe to toe with the top Male Superstars of BWC. Lead instructor, Shawn Christian saw her talent and took her under his wing. Little did he and the WWE Hall of Famer Jimmy “The Boogie Woogie Man” Valiant know, but Sisaki had wrestling in her blood. It has not been confirmed that she is the great granddaughter of the late Great Kabuki. In BWC is where she met Barbie E. Wire and Tommy Starstruck, creating BWC’s most outlandish stable Beautiful, Dirty, Ri¢h. With Sisaki as the power and brawn of the group, she aided both Barbie and Starstruck in single and tag matches. She then earned the name “The Great” Sisaki as she began creating havoc in promotions across the East Coast. There is no doubt this mysterious masked woman is taking over the wrestling scene with her crazy antics and cut throat attitude! See online movies from The Great Sisaki below.