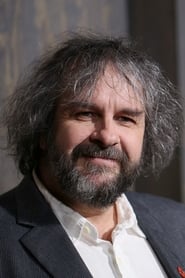 Sir Peter Robert Jackson, (born 31 October 1961) is a New Zealand film director, producer, actor, and screenwriter, known for his Lord of the Rings film trilogy, adapted from the novel by J. R. R. Tolkien. He is also known for his 2005 remake of King Kong and as the producer of District 9. He won international attention early in his career with his "splatstick" horror comedies, before coming to mainstream prominence with Heavenly Creatures, for which he shared an Academy Award Best Screenplay nomination with his wife, Fran Walsh. Jackson has been awarded three Academy Awards in his career, including the award for Best Director in 2003. Description above from the Wikipedia article Peter Jackson, licensed under CC-BY-SA, full list of contributors on Wikipedia See online movies from Peter Jackson below.