Maya is an Indian film actress who has appeared in the Tamil film industry. After making her film debut with AR Murugadoss's production Maan Karate (2014) in a supporting role, she has since moved on to play leading roles. Preethi Shankar attended SRM Dental College and became qualified as a dentist before venturing into films. See online movies from Maya below. 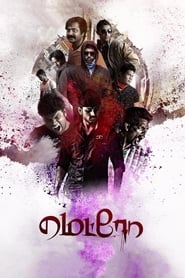 A journalist becomes a vigilante in order to bring down a ch...