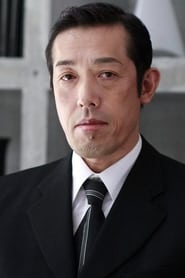 Kyusaku Shimada (嶋田 久作 Shimada Kyūsaku, born April 24, 1955) is a Japanese actor. Shimada was originally part of the Tokyo Grand Guignol Theater group, formed by artist Norimizu Ameya. He stayed with the group until its dissolution in 1986. One of the productions the group undertook was an adaptation of the occult novel Teito Monogatari (Hiroshi Aramata) where Shimada played the lead role Yasunori Kato. He has appeared in films such as Makoto Shinozaki's 0093: Her Majesty's Masao Kusakari and Takahisa Zeze's Pandemic. (Wikipedia) See online movies from Kyusaku Shimada below.