Dinesh is a Tamil film actor, who has appeared in leading roles. He made his breakthrough playing the lead role in Attakathi (2012) portraying the role of Dinakaran. Dinesh completed his high school at the Dhanalakshmi Higher Secondary School in Washermenpet, Chennai. After graduating from college, he tried his luck in cine field from 2010. After playing minor roles in Aadukalam and Mouna Guru, Dinesh made a breakthrough appearing in Attakathi (2012) See online movies from Dinesh Ravi below. 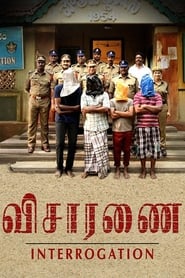 Pandi and his friends, immigrant workers in Andhra Pradesh,...